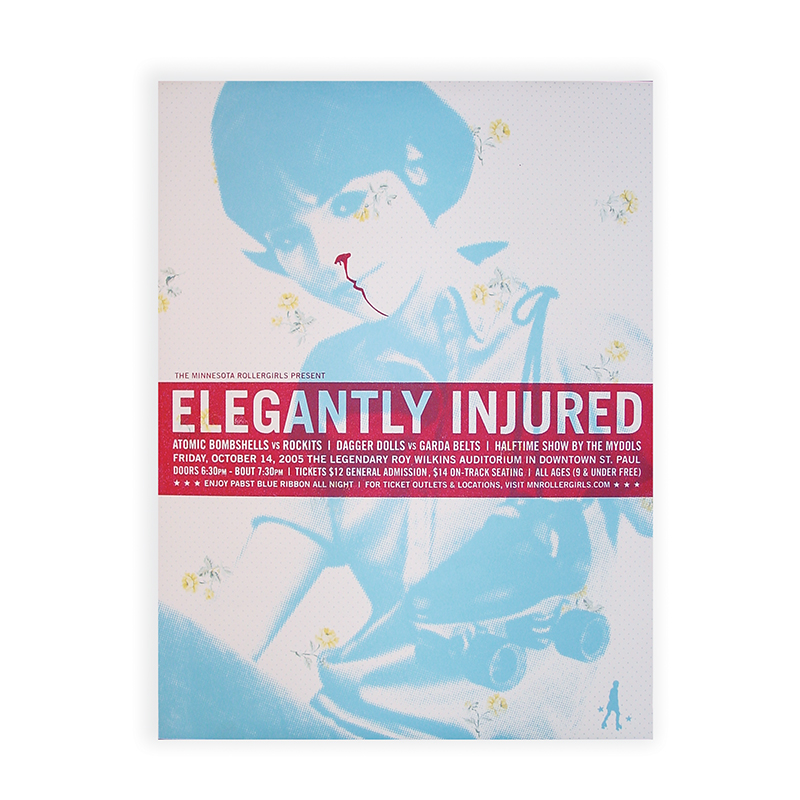 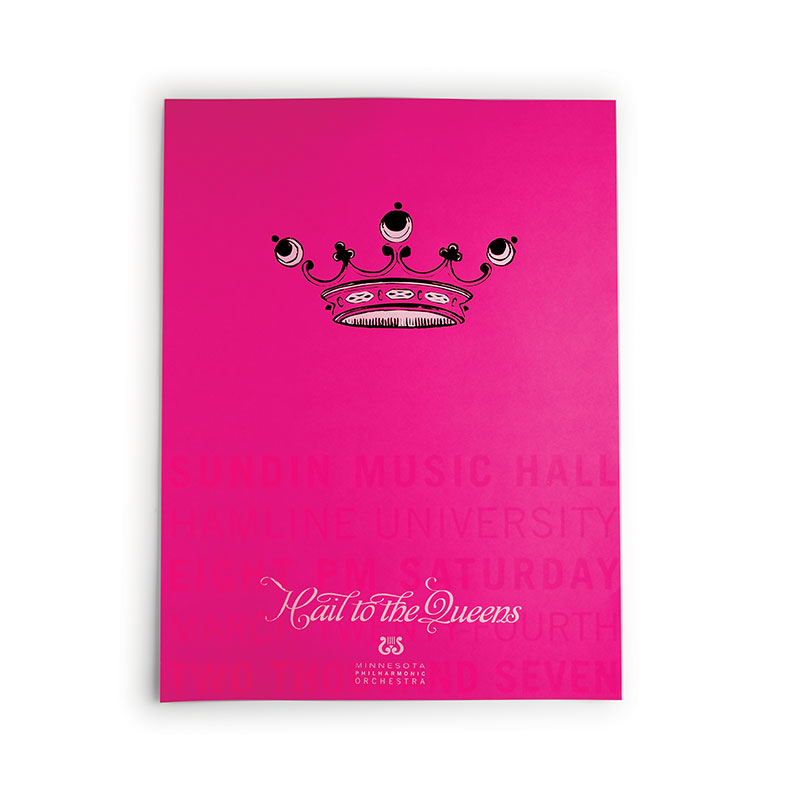 Hail to the Queens

What’s a GLBT orchestra without a few queens? This poster celebrates
music written in honor of our favorite royal head of state. And just for
good measure, we’ll throw in some kings and princesses too. Such
nobility to be present include Baron Benjamin Britten of Aldeburgh,
Sir William Walton, O.M., Princess Anne Amalie of Prussia, and
America’s own musical nobleman, Dominick Argento. Mozart and
Mendelssohn, musical royalty if ever there were, round out the program. 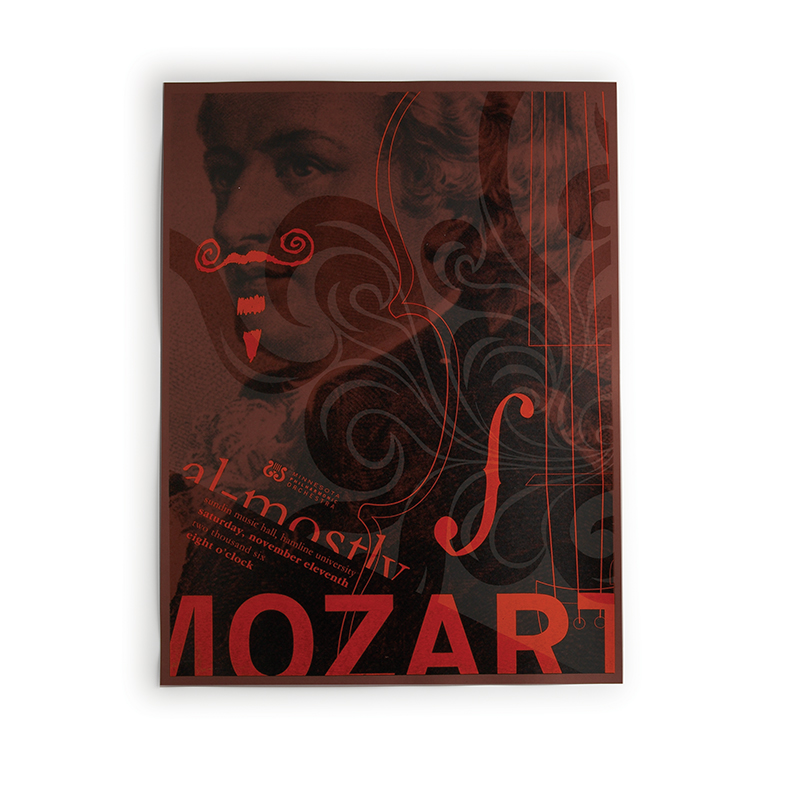 This concert is a birthday bash for that Bad Boy Genius of classical
music who turned 250 years old this year. In attendance will be his
father Leopold (“No Sachertorte for you, Wolfgang, until you fi nish
composing the counter exposition of your fugue!”), his best buddy
Antonio Salieri (“Drink up, Mozart; I promise—it’s only wine.”), and other
admirers including Tchaikovsky. Wolfy himself will be there in the form of
a concerto that he wrote near the end of his life, and we’ll be performing
it on the wrong instrument! Intrigued? Bring your party hats! 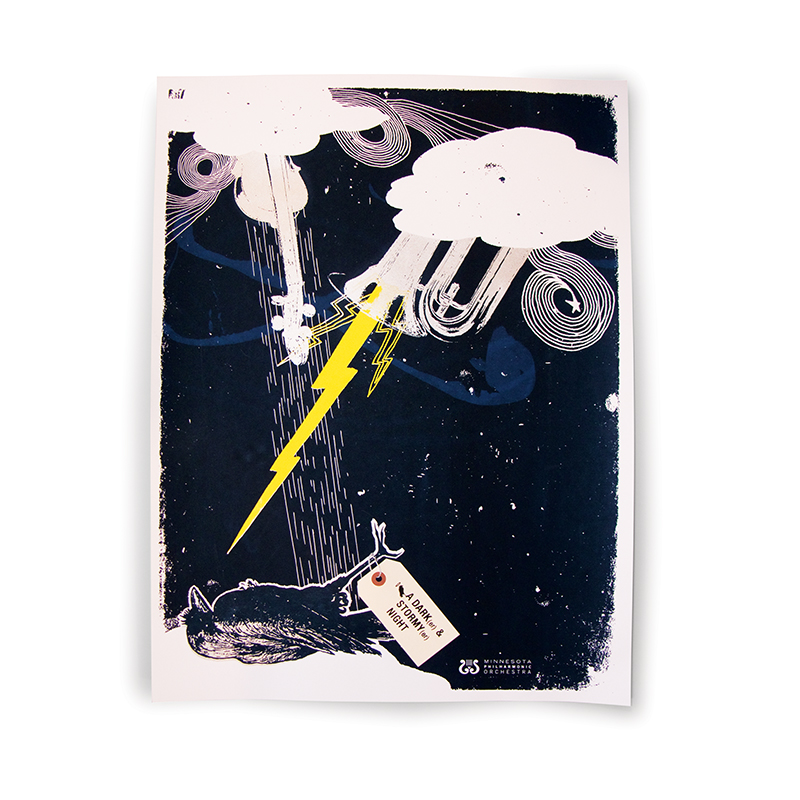 A Dark and Stormy Night

Once upon a midnight dreary, while I pondered, weak and weary,
Over many a dark and stormy volume of orchestral score —
While I nodded, nearly napping, sounds of audiences clapping,
And of someone gently rapping, pounded through my brain’s front door —
“’Tis some reader, there” I muttered, “reading lines that plunge and soar
— Dark and Stormy tales of yore.”
Ah, distinctly I remember it was in the bleak November;
And each separate frightful work hath wrought its ghost through the stage door.
Alas! There will be no safe harbor from the works of Strauss and Barber
Mozart, Hermann, Foin — they harbor nightmares from the ghostly shore
Even Saint-Saëns causes shivers, with his Danse Macabre,
for Dark and Stormy tales of yore. 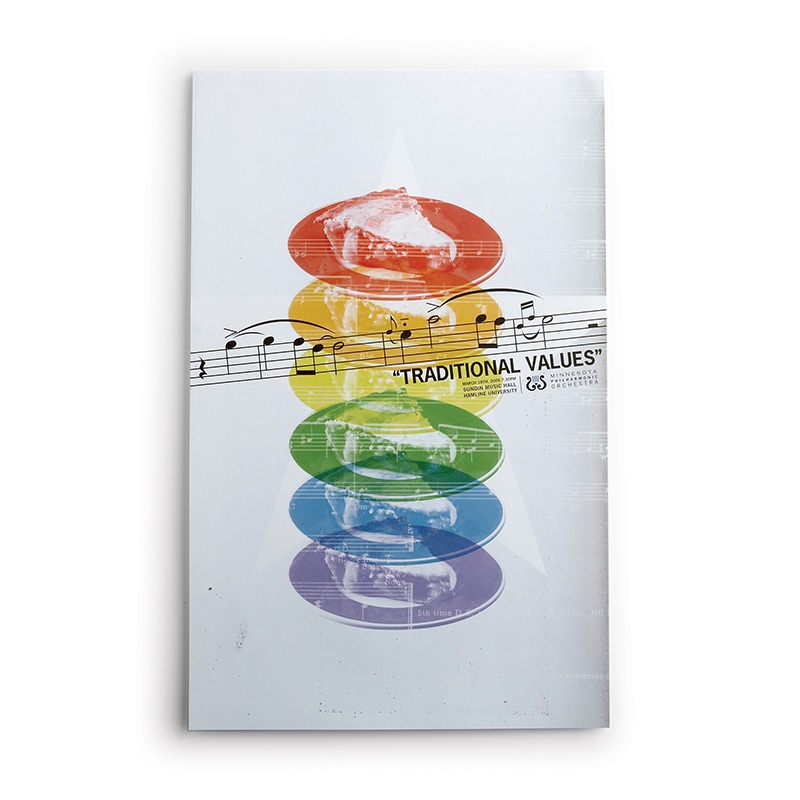 In Victorian times, homosexuality was often called “a love that
dares not speak its name.” The attitude that same-gender love
is unnatural, sinful or an abomination continues today. The
process of “coming out” -of being who you are boldly-is an
internal and external struggle of personal and societal revelation,
understanding and acceptance.

“Emergence” is a tone poem inspired by this process. The
piece opens in a minor key with thematic glimpses of Diana
Ross’ disco classic, “I’m Coming Out.” The mood is expectant
and melancholy. The lament theme, beginning with the
scale tones of Bb-Ab-F-Ab-G-C played by the bassoon, is
filled with a yearning to be released from the inner torment
of a person wrestling with the inner torment a person thinking
of coming out inevitably feels. In the background, time is
ticking-the march of the everyday world continues as our hero
decides who and how to be. This theme is then tossed around
the orchestra, each time a little different in its call; reflecting
each person’s is slightly different but holds a common theme.
The orchestra percolates with the struggle: sometimes violent,
sometimes sanguine, the question is never too far out of mind.

Finally, our hero announces to the world, “I’m gay” and a
magical transformation takes place (complete with fairy dust).
As the burden of lies and secrets is lifted, the piece moves
from minor to major. Transformed by the honesty of living
who he is called to be, there is a new love theme-the love of
oneself, the love of all of who we are-filled with hope of what
this new world will bring to us. Again, we hear thematic material
from “I’m Coming Out” helping to celebrate the life
changing decision of our hero.

Finally, after the celebration, the call of the world beckons.
Hints of what came before are overwhelmed by the knowledge
that life is richer and more rewarding by being who you are
boldly. So our hero marches out into the world armed with the truth. 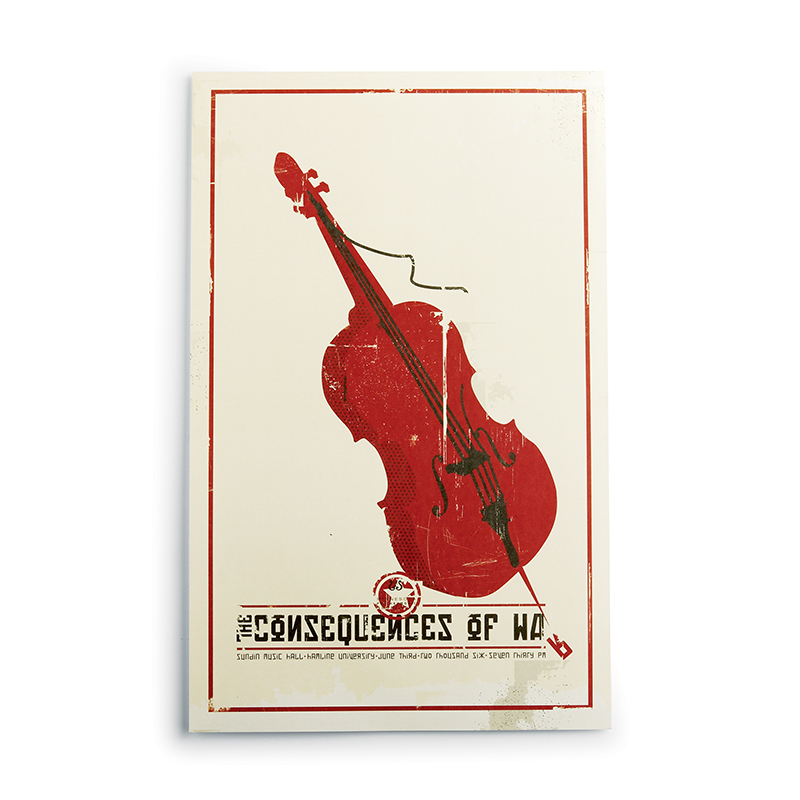 The Consequences of War 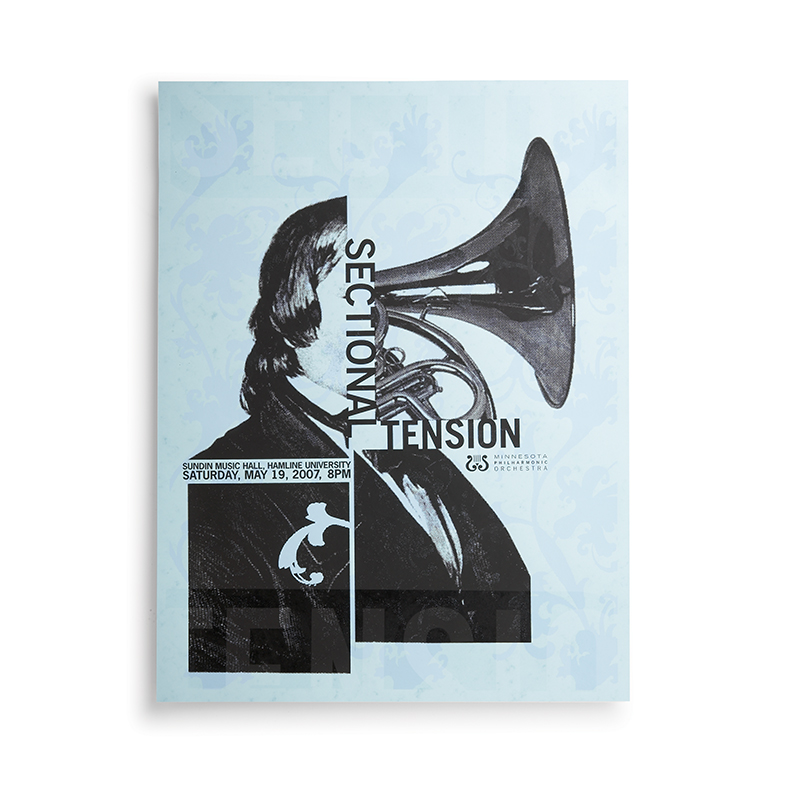 It’s back–the MPO’s own brand of sectionalized concerts, where
we break down the orchestra into its various components and
then carefully reassemble it. The “tension” part of the equation is
introduced through a tremulous pairing of French music with German
music (not always the best of friends). It may just take an Italian
to bring everyone back harmoniously. The highlight of this concert is
sure to be Schumann’s Konzertstück for Four Horns which will feature
the MPO’s … well … four horns, of course!